This morning someone tried to break into our house by punching in a window screen. Ariana and I were both still in here and we heard a loud noise, but we dismissed it as Finnegan – the cat – does that sometimes. When getting ready to leave, Ariana headed for her bike and found… nothing. The bike was gone, probably taken by the same person who punched in our window screen and bailed after the noise.

At first I thought our other roommate had taken it to work, since both of her bikes were still in the garage. Then we noticed all the bike locks were accounted for, and the distinctive stuff about Ariana’s bike – mudflaps, lights, blue helmet – was in a neat pile by the gate. That was when I noticed the skewed window screen and linked it to the weird noise. It was at 10h30am.

Ariana immediately called Vancouver Police’s non-emergency number and reported the situation. Since both of us were leaving soon, VPD said officers would stop by around 2pm. In the meantime, we set up an alert for the stolen bike on Project 529’s website and shared it on facebook. 529 Garage is a website that links owners and bikes and is connected to Vancouver’s Police Department. It’s an easy way to prove ownership in case of stolen bikes, since they track model, serial number and include pictures of the bike. Their registration fee is $20, and after today I believe it’s more than worth it.

With the alert out we headed our way. On the train I contacted our landlord to tell her about what happened and if she had any valuable advice. She mentioned that the house across from ours – in the alley where the bike was taken – had security cameras pointed to our garage. She also said she would be stopping by later to catch up on the situation and help us with making sure that no one would try to break in again. On facebook I got good tips from a friend – keep an eye on craigslist, check Hastings and Main, look out for shitty paint jobs, as the thief might’ve sprayed the bike to change its look, and DON’T engage with the thief if you find the bike: call the police.

On the way home, we were rooting for that security camera footage. Hopes up, just to be crushed down by finding out it was a fake, an empty shell to scare away burglars and thieves. I guess we should get some of these too.

It was around 5pm and the police hadn’t shown up yet, so Ariana called them again, and they said the officers would stop by at around 7pm. In the meantime we went to the garage, grabbed everything valuable that was stored there and brought it all inside.

By 6h30pm, Natalia and I were trying to cheer up Ariana with ice cream and brigadeiro, talking about the crap life throws our way and she told us the sentimental story about that bike – her first prized possession, bought with her own money, and that she carried everywhere she moved. That part we knew about, since we were the ones who helped putting the bike back together after she brought it, in pieces, from the US. Things were looking bleak.

As soon as we leave the room, Ariana goes “GUYS, I FOUND MY BIKE”. It was on craigslist. No doubt it was hers. The address on the map was five blocks from our house. She replied to the ad, playing it cool, asking if the bike was still available. She was calling the police again when someone knocked on our door. Two officers, Rebecca and Caroline, were here to help us. Ariana went over the entire plot with them, showed the listing, we went to the backyard, checked all the times for the noise and bike theft, looked around and headed back inside. Upon leaving, they said to contact the non-emergency number if her email on craigslist got a reply and mention the case number so they would be updated.

In the meantime we were desperately looking at the photos on the craigslist post, trying to figure out where the bike would be, and checking with google maps the houses in that area, placing bets on which of them was holding the bike and coming up with plans to get it out. We never intended to actually go there, but, man, we were so angry. Natalia and Ariana finally agreed on which house they thought the photos were taken.

It had been about hour since her email, so we decided to create a fake email account and email the person again, low-balling the price. Bruno then took the alias of Todd, and sent a message offering $270 for the $300 listing. He got a reply in a few minutes, including the seller’s name, address – the girls were right about the house! – and phone number. We were all exultant. Ariana called the police again, while Natalia called the officer directly – leaving her a trumped voice mail as Ariana’s call was picked up. They called her back and said they would stop by in a few minutes to brief us in what was going to happen. They also instructed us to set up a meeting with the seller, at the near skytrain station, at 10pm, and, in the message, say we would text him upon arrival. Todd was doing great spy work, posing as a West End dude casually stopping by East Van to grab a bike after work.

The meeting was set and the posting was deleted from craigslist. Officers Rebecca and Caroline showed up a little after 9pm to get all the information and proof they needed to check if that was Ariana’s bike. Ariana also wrote a statement about what happened, in detail, including info on the bike like serial number and a Chicago-bike-shop sticker. Go Village Cycle Center!

By 9h40 we were still waiting on the plainclothes cops who were going to pose as Todd and his buddy. I started to worry they would miss the 10pm meeting, but they quickly showed up and got all the notes they needed to check the bike. With ten minutes to spare, they all left and the four of us (Bruno, Natalia, Ariana and I) were in a state of extreme mixed emotions, from “THEY WILL DEFINITELY GET THE BIKE BACK!” to “what if the guy doesn’t show up and the bike is gone for good?” and everything in between those two scenarios.

After the most painful thirty minutes, we heard a knock on the door and Ariana rushed down to get it. Officers Rebecca and Caroline were there. With her bike. It turns out the guy said he bought the bike this morning from another guy and without any evidence, it’s impossible to charge him for stealing it. The difference is that now he has a record for possession of stolen goods, and if that pattern repeats, well, too bad for him. They also said Ariana did all the right things with contacting the non-emergency number, playing as instructed and letting the police sort out the situation without trying to solve it by herself. 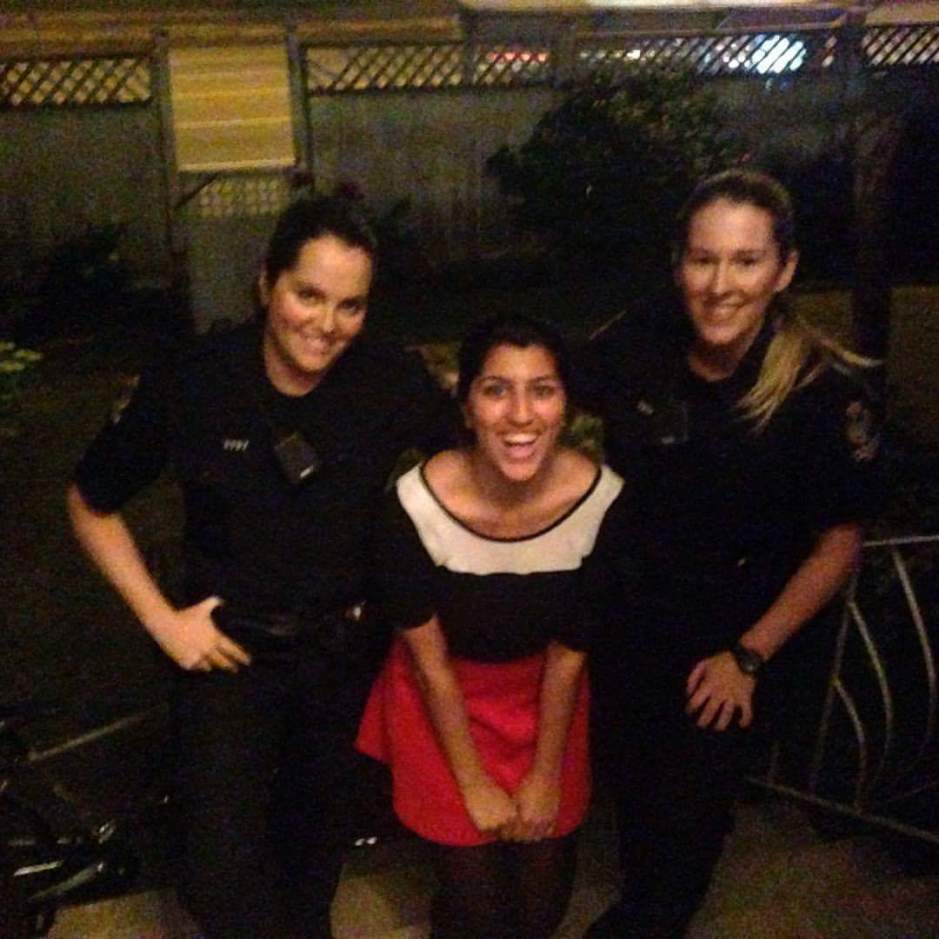 The whole thing felt way longer than twelve hours but, there it was, solved by 10h30pm.

Later on we got another message from the seller to Todd, our coverup identity, saying he learned his lesson and pointing to another craigslist post where he said he got the bike from. Doing some light digging on the other post’s name and phone number, Bruno found a guy selling all sorts of crap for ludicrous prices out of a basement on Kingsway, not too far from here. The stuff ranged from graphics cards for $5 to full working computers and bikes. A distribution center for stolen goods, apparently. Ariana forwarded all this information to the police, it would be good if more people could recover their things.

All in all we got very lucky with the whole turn of events and VPD didn’t let us down. All of us had a really hard time going to sleep after this was over, for all the ups and downs along the day and the adrenaline still pumping in our stream.