Yeah, it’s true, I suffer from the Too Close Until It’s Too Far syndrome, an uncommon photographic condition regarding longer focal lengths. While you’re testing the lens on your own, at home, it seems to bring everything up close but as soon as you go out to the world you realize people are too small and far away in your framing.

If I had to choose between shooting with a 20mm or a 200mm for my entire life, I’d pick the 200mm in a heartbeat. I LOVE telephoto lenses. That relates to a few things in my shooting style that I’m still working on, such as “I’m never comfortable taking pictures of random people”, I tend to think they noticed me and will be pissed about being on camera. Add on top of that the fact that I like observing the world from a distance, without being a part of what goes on around me regarding people I don’t know (like when I’m biking on my own, taking the bus or walking around town). This strengthens my bond with longer lenses.

I’ve always wanted a 300mm. The second lens I ever owned was Canon’s 75-300mm, the cheapest modern telephoto zoom around, I think. It had terrible image quality, no stabilization, it was way too dark (f/4-5.6) and it was SUPER FUN to shoot with. That was the moment I started to fall for these huge things. Afterwards I had the incredible 70-200mm f/2.8L IS Mk II, which I ended up selling when moving to Canada, not because I didn’t like it anymore, but because the money was more useful at that moment. And then I played low for shortly over a year, with my longest lens being the Tair 11A, which is 135mm. Then came the Contax Zeiss 135mm which is an absolute killer, and not long after that my long-awaited Tair 3 (300mm f/4.5) arrived in the mail.

I can literally spy the people living in the building across the street if I wanted to. This lens is humongous and every bit as amazing. When I started testing it out at home, I felt it was super long and that I could finally snap those nice golden hour decisive moments of random strangers just stopping my bike for a few seconds. Then I took it out for a ride and my syndrome came into play. Everything and everyone seemed super-far-away, small in the frame and not helping me with good compositions at all. I kept it cool and snapped some pictures of strangers anyway for the Tales of the Seawall series. Focusing is fun (I’m being sarcastic, the lens has marks for 100m before infinity plus the focus ring has almost 360 degrees of throw) and the setup can get quite heavy after a while if not handled properly, so I decided it is time to practice shooting through the viewfinder again, instead of relying so much on the LCD screen and digital magnification.

I took it out a few other times since that first day and it’s growing on me. I started to chase birds again and will soon start doing the same thing to people. I mean, if the birds won’t fly away, why the hell would a person 60+ feet away notice me? Besides, I can always crop in, if my resolution is high enough. For example, I was around 100ft away from the couple in the picture below. Turned out nice, right? 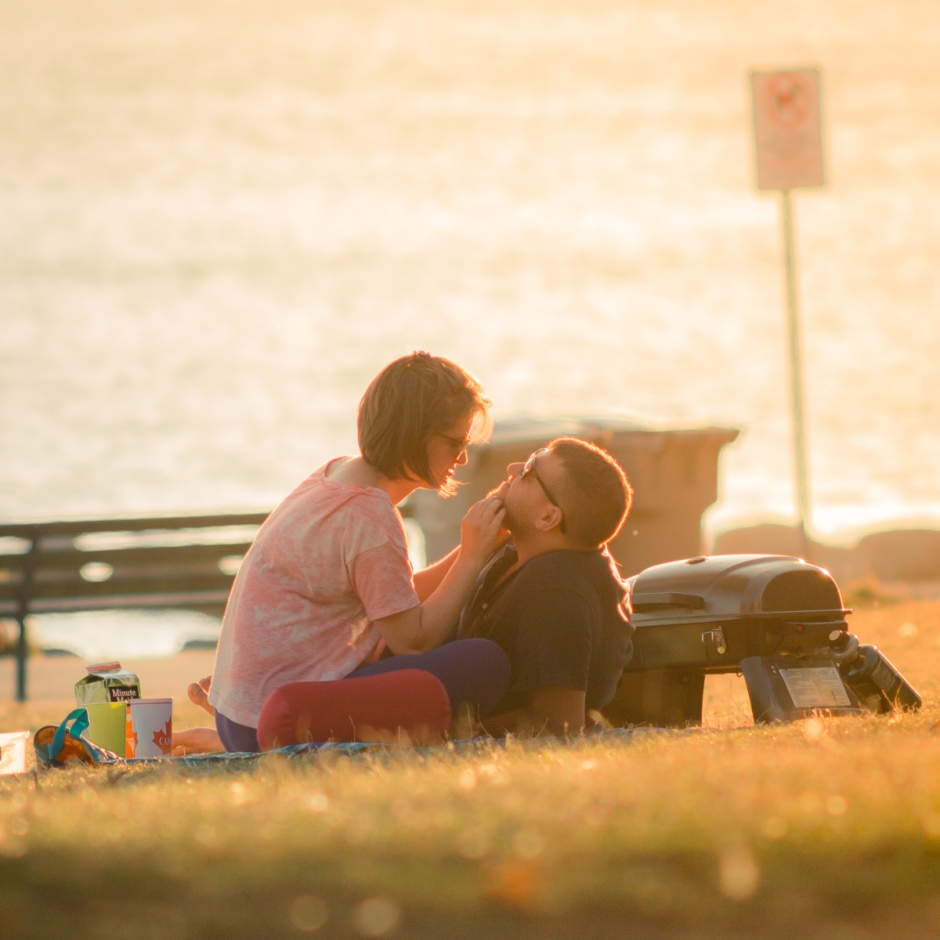 I’ll eventually be good enough to focus a seagull on the fly (pun intended), or maybe go into parks and use camouflage until my subjects come close enough!

Anamorphic on a Budget – Plans for the Future

Anamorphic on a Budget – Isco-Optic 16:9 Video Attachment I